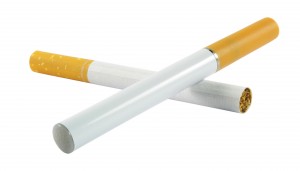 Dutch Masters Cigars have everything that a cigar smoker looks for; smooth smoke, a mellow flavor all coupled to a pleasant aroma and all of this at an affordable price.

Although the brand, which was originally formed in 1911, has gone through a number of ownership changes, the cigars have not varied. Originally Dutch Masters was a company that was started by GH Johnson; they soon became the rock of the Consolidated Cigar Company which embraced the brand in the 1920s. In 1999 the Consolidated Cigar Company was integrated into Altadis. To this day, Dutch Masters Cigars retain their position as one of Americas leading and certainly most popular brand.

Dutch Masters are machine made, not hand rolled, however this does not have an effect on quality, if anything it adds to the stability of the cigar as even though they are made by machine, they are made one by one, the same method that was used in 1911. Dutch Masters are available in a number of sizes and flavors. The sizes range from the ever popular Corona to the Presidente and include flavors of cognac, strawberry, vanilla and many more.

Dutch Masters will always be recognizable by their very unique packaging, a 17th century of the Draper’s Guild by Rembrandt.

Although tobacco commercials are taboo on American TV and other advertising mediums, back in the 50s it was not and Dutch Masters Cigars were on the tips of many tongues due to their sponsorship of many of Americas best loved programs, one of which was Ernie Kovacs who was a habitual cigar smoker.

For many years nothing changed with Dutch Masters but recently there has been a change which will only enhance the desirability of the brand. Most volume cigars that are priced mid range are wrapped in cellophane, up until recently this was also the choice of Dutch Masters. Seeing how foil has the ability to keep packaged cigars fresher, longer, Dutch Masters now use a foil wrap to lock in the factory freshness and flavor. In this way, the smoker gets a better cigar with no increase in price.

Many cigar smokers today will have it no other way; they were introduced to Dutch Masters by their father who was introduced by his father. For over 100 years Dutch Masters Cigars have been the choice of many.